Ami Yoshida and Toshimaru Nakamura both wrote Japanese-only liner notes to be included with their new duo CD, Soba To Bara (buckwheat noodles and a rose). below is our respectful try at translating both sets of these notes into English, upon request of Dan Warburton and some others.

a couple of notes on Ami's text:

1) the punctuation is exactly copied from Ami's text, the commas and slashes and brackets, etc. for those of you with the actual CD, this is the back side of the notes, with the three larger vertical lines of symbols on the left (that's the title).

2) the words in italics are the original Japanese characters, shown in part because of the occasional wordplay. most of this I'm sure is over non-speakers heads' (a group I am solidly in), but one example we can understand is at the start, the three uses of 'aku'. each time it is pronounced the same way, but the Kanji characters used to represent it each time are different, and in the third case, there are actually four characters as opposed to one the first two times, and it has a different meaning each of the three times.


I Am Watching, Staring At With It
- by Ami Yoshida

I mistake a white world for somewhere [evil/scum/open/vacant] (aku). What, were my eyes? Can I call them, eyes? I [hope/care/mechanize/write] (ki) it. I am confused with that I want to [see/bear/beautify/examine/fascinate] (mi) it. I want to [see/beautify/fascinate] (mi) it toward what is [favorable/good/intoxicating/evening] (yoi) to me. I want, to do it. It is me who wants, it. I am a rose. A rose is me. I am the rose. The rose is me. [Perhaps/people say] (tabun) it is single-stem. I just hope, that it is single-stem. It is a steam that [swings] (yurasu) me. The steam fills the room. But, I swing. I stay, standing. I cling to something, instead of standing on my own. I will stand straight. I need courage (yuuki) to stand up. Nobody, will notice, if, I, stand on my own, or, not, here.

There is a [sound/voice] (ne) off-and-on, of [grinding/scrubbing/frictioning/mushing] (suru). It, moves. There, are, moves. Breathing. Smell. I, am, looking down. I notice, nothing, but, grains, since I am looking down. I am counting, the number, of the grains. Even if I have, eyes, I cannot see it, if I am always looking down. What is, my hope. To, hope. To, decide, what is [favorable/good] (yoi). To, choose. What, is, necessary, to choose. What, who. Choose something. To, gain. Yes, to gain, I choose. Choosing, is me, you, who, what. Choose [what/whom] (mono)?

I decide. I decide who I am. I rule myself. I hate standing on its own with no decision.

In the dim restaurant. There is only one small window. A hand opens it. An empty colander. It swings. Steam is up. Wet chopsticks. I swing. And, I stand on my own. It is a moment when, I happen to meet you, you happen to meet me, again. I am ready to fall into the white world. I will be found by you. It was a white world, not a narrow black darkness. A white world of, soba. In the soba that was chosen by you, I throw myself in as something different. To change. To change, you, too. Euphoria of red and white. I am a rose. Forever. 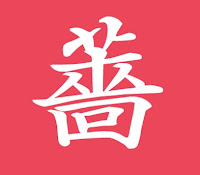 Soba to Bara and Man and Man
- by Toshimaru Nakamura

When I walked into the alley just outside of Komae station, the soba restaurant was there. The owner/chef of the restaurant seemed to be about twenty years older than me. I remember his soft smile and polite, slow manner of talking very well. Since the restaurant was open until midnight, I used to go there in the late night hours mostly. There were only six seats at the counter. Even though the soba and udon noodles were all handmade by the owner himself, the prices were quite reasonable, somewhere between standing-up-eating soba places and regular soba restaurants. Anyway, many characteristics of the restaurant were a little unique, including the way they served soba noodles. When they served soba in a hot soup, they did not rinse soba noodles in cold water after simmering. As a result, the soup became a cloudy white and the noodles themselves got slimy and somewhat lost their shape, becoming not so clean and decorative looking. Instead, the soba obtained a special flavor that wrapped customers in its warmth and softness.

There was also another unique thing about the place. When customers were about to finish eating their soba noodles, the owner/chef offered to fill the bowl with some hot water in which he had just boiled soba noodles in, carrying a ladle filled with the hot water. I don't remember well now, but I guess I was quite surprised at his offer when I had hot soba noodles there for the first time. In general, Japanese add some "soba-yu" (the water the soba was boiled in) to the leftover of "tsuyu"(seasoned soy sauce) and drink the mixture, but do not drink the mixture of hot soba soup and "soba-yu". However, it was surprisingly delicious. By adding a hot "soba-yu" into a cooled down leftover of soup, the original rich flavor of the soup stock came back and made me feel like staying at the counter a longer time. When I felt comfortable with being at the counter, the owner/chef started telling me various stories. He told me that he climbs Mount Fuji every year, and that he is a member of a baseball team, his background and how his restaurant has changed over many years... He also taught me how to make soba noodles and soup stock with showing me each ingredient. But it was a small soba restaurant and not a drinking bar, so I always decided to leave the counter when the next customers came in. There were many days when I was able to listen to the owner/chef's stories for a long time since it was not a busy restaurant, but most of the stories were left unfinished. Some stories were completed later by patching several fragments together, and some fragments of episodes stayed as they were.

Or better yet, it would be nice if we had a "soba-yu" restaurant. In the restaurant, soba noodles would be boiled just to make "soba-yu" which would be the main dish, and occasionally soba noodles could be served to customers on request. No, upon further reflection, soba noodles should not be served before the main "soba-yu". After making "soba-yu", soba noodles should definitely be discarded, and only the "soba-yu" should be served. Or, how about a public bath named "Soba-Yu"? The huge bathtub would be filled with "soba-yu". Floating petals of bright red roses on the white “soba-yu” bath, I may invite the owner/chef of the Komae soba restaurant to join the bath. There could be only two of us in the large bathtub. I could see the chef's awkward face beyond the steam at first, but the smile that he showed me when he offered the soba-yu by carrying a ladle at the height of his face would soon return. After all, we would now be soaked in the hot tub of “soba-yu”. I would like to listen to his stories with no time restriction then.

It was more than ten years ago when I used to go to this soba restaurant. It was when I still lived in Kitami town next to Komae city. Since I moved to another place afterward, I stopped going to the restaurant. Around the time, there was a huge construction going on to raise the Odakyu railway and to build a quadruple track in the area. I thought that the restaurant would not exist any more because of eviction, since the place was right behind the station square. I just thought so with no evidence, and I came to believe so as if it is a fact since I assumed so for a very long time. But I did not confirm that with my eyes. I started caring about the restaurant recently, and feel uneasy. In fact, I cannot stop thinking about the place these days. I am going down to check the restaurant by taking a train in the near future. 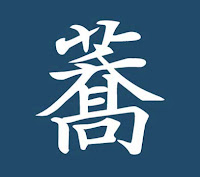